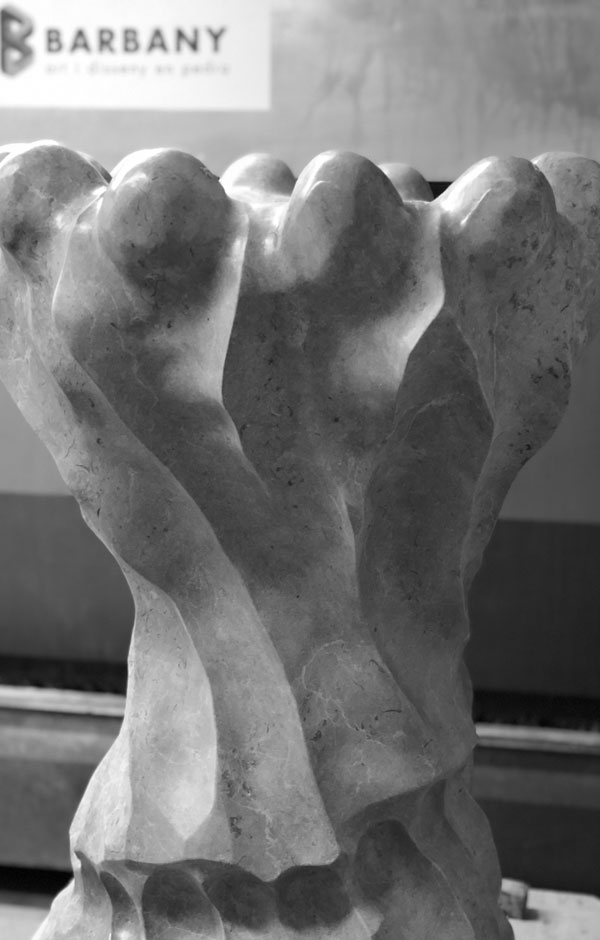 Etsuro Soto’o is a Japanese sculptor born in Fukuoka in 1953. Known in his country as the “Japanese Gaudí”, his work is closely linked to the Basilica of the Sagrada Familia.

He studied Fine Arts at Kyoto University and graduated in 1977. A year later, already immersed in intense teaching work, he decided to travel to Europe because as he recognized, “it is where the culture of stone is most alive”.

His real vocation was to work manually with the material, especially with stone. Once he visited the Sagrada Familia, he was so fascinated by it that, aware of his real calling, he asked to work there as a stonemason.

After passing the applicable tests, he was entrusted with the task of continuing with the construction of the Nativity façade, in accordance with the instructions of Antoni Gaudí. Precisely this façade has been the only one that, thanks to the great work of people like Soto’o, has been declared a World Heritage Site by UNESCO.

He is also the author of several sculptures and monuments throughout Japan and Catalonia, such as the monument commemorating the 150th anniversary of the Louis Vuitton company in Barberà del Vallès.

Currently, apart from dedicating himself to the construction of the Sagrada Família, he also works as a visiting professor in various Japanese entities.