Basilica of the Sagrada Família 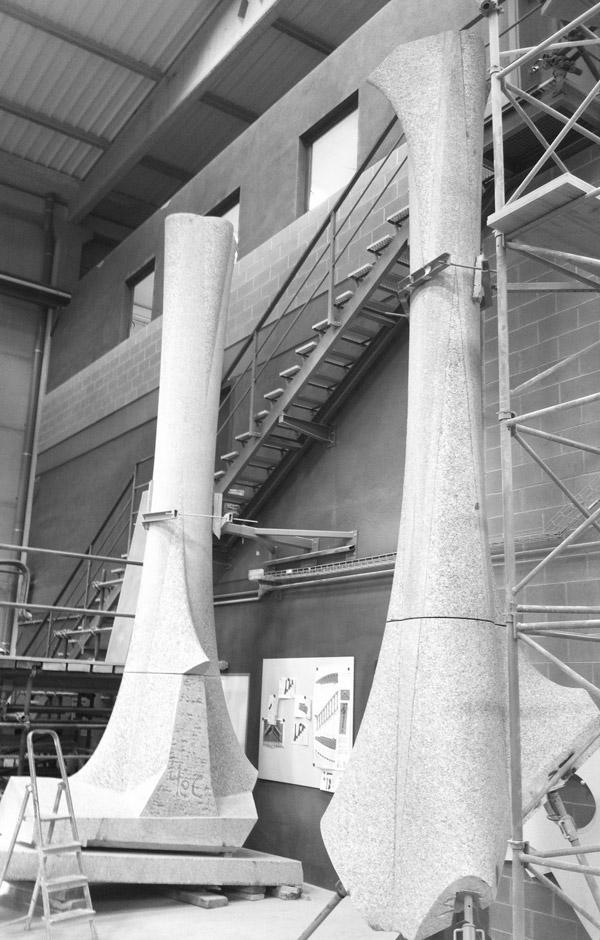 Columns of the cymatium 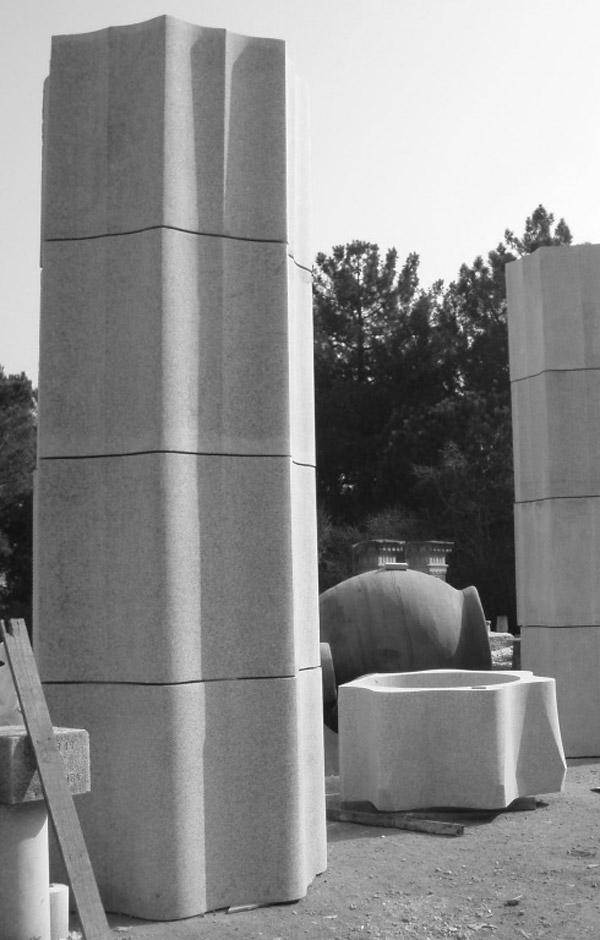 22 Columns of the Gloria facade 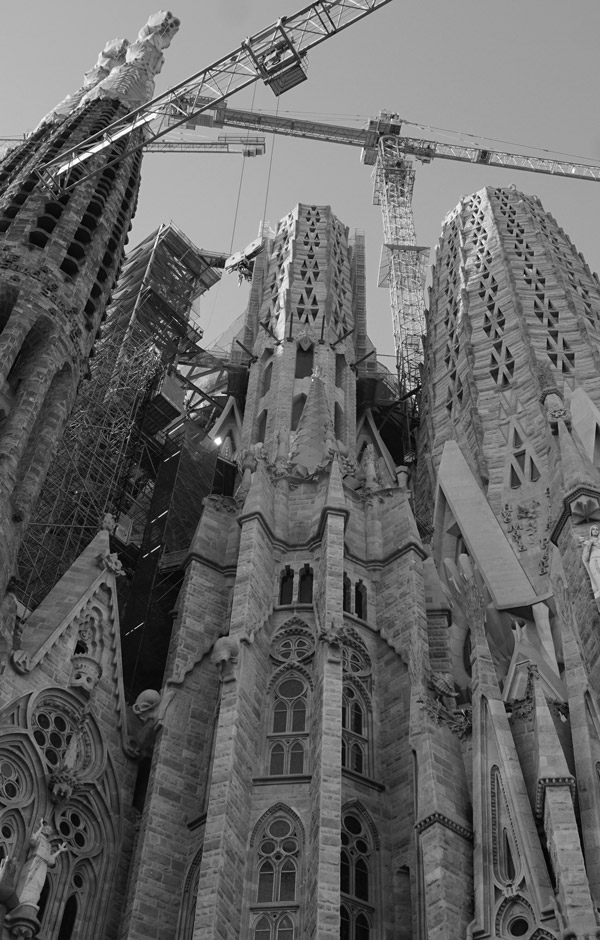 Towers of the Evangelists 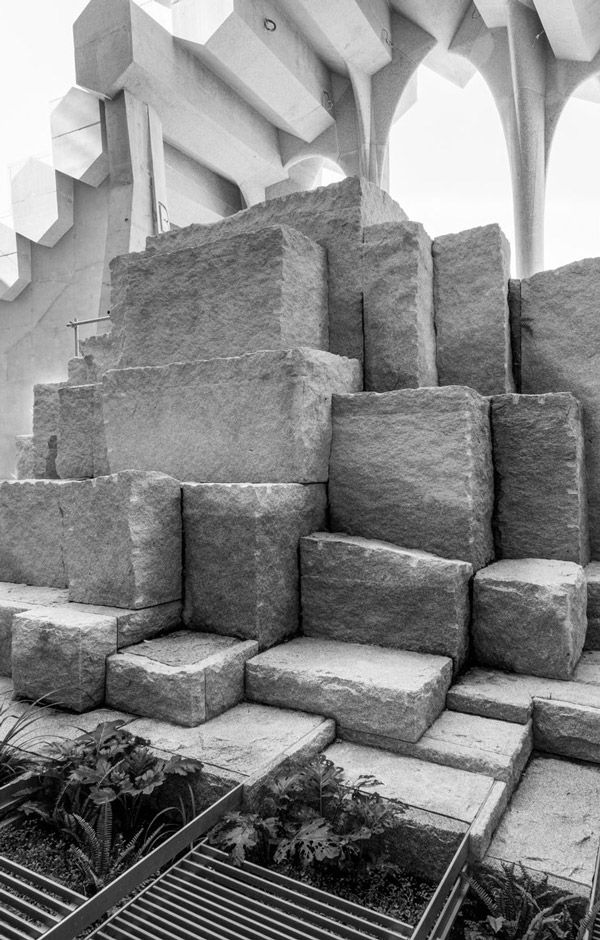 Garden of the cymatium 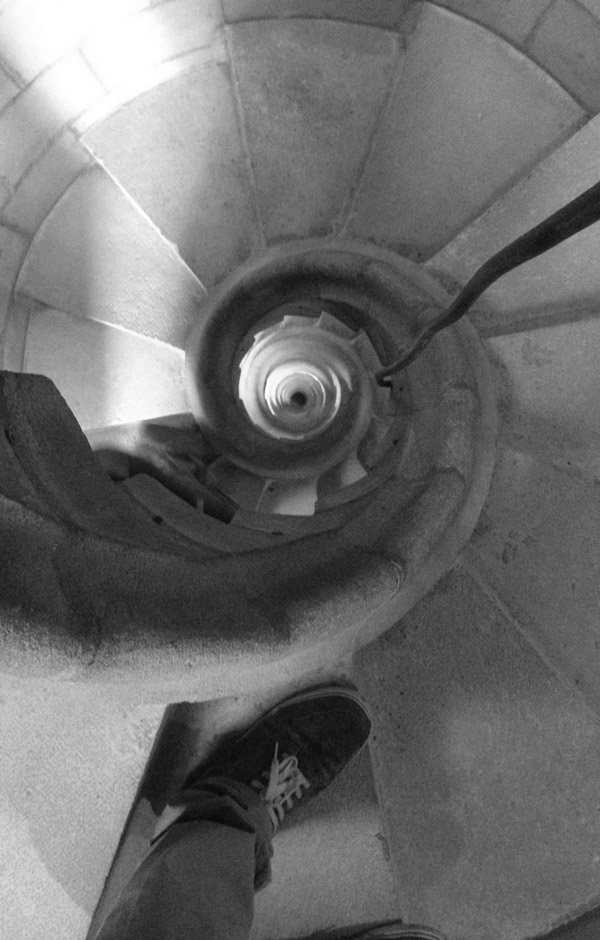 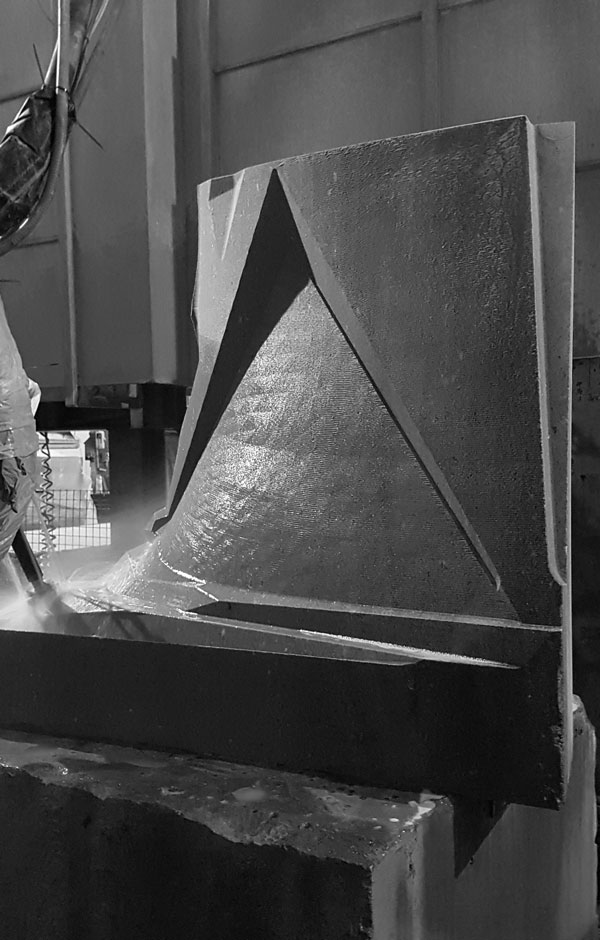 The temple of the Sagrada Familia is the most visited monument in the city of Barcelona and the most ambitious work of its creator, the architect Antoni Gaudí. So much so that the basilica has been declared a World Heritage Site by UNESCO.

In 1877, the architect Francisco de Paula was commissioned to build a temple that would contribute to the recovery of the city’s spiritual faith. Finally, in 1882, the construction of this temple began.

However, a year later, Francisco de Paula was forced to leave the project due to technical disagreements. It was at this time that Antoni Gaudí took over the management of the project until his death in 1926, as a result of a tram collision.

From its beginnings the Sagrada Familia was financed entirely privately. First, with donations from the faithful and from the 1990s along with the collection of entrance fees from visitors. This fact has influenced the deadlines for the construction of the temple since in some periods the works had to be stopped due to lack of funds.

Antoni Gaudí, aware that he could not see his work finished, left several plans and models to later generations. One of the differentiating elements of his proposal is the obsession with reflecting the laws of nature at all times, giving weight to regulated geometric shapes such as the hyperbolic paraboloid, the hyperboloid, the helicoid or the conoid.

Catenary arches are recurrently used in the structure of the temple, which give rise to the sloping columns and generate a huge forest effect formed by stone logs.

Another magical feature of the basilica is the play of colors and lights that form in it. This unique spectacle is manifested through numerous stained glass windows and skylights located on the ceiling, between the columns.

The basilica will consist of 18 towers, all of them dedicated to important figures in the Bible: 12 represent the apostles, 4 the evangelists, one the Virgin Mary and the tallest, Jesus Christ. The high towers point the way of the pilgrim to the visitor and, once all are completed, will make the Sagrada Familia the tallest Christian church in the world.

The temple consists of three main façades that represent the phases of the life of Jesus: the one of the Birth, very decorated and full of details; that of the Passion, which represents the death and resurrection of Jesus Christ and is of a more austere character; and that of Glory, which represents final judgment, glory, and hell, and is a much larger and more monumental façade than the rest.